A Leeds-based Polish national is starting a 26-month prison sentence, having been convicted at the Old Bailey of six counts of possessing documents useful to a person committing or preparing an act of terrorism.

Describing Pawel Golaszewski (34) “Islamophobic and of an extreme right-wing nature,” Judge Rebecca Poulet QC additionally ordered that he remain on licence thereafter for 12 months and notify the police of his residence for ten years.

Arrested by armed police in Leeds last February, whilst wearing his Nationwide Security Services uniform, Golaszewski pleaded, “How can I be a terrorist? I’m Polish” 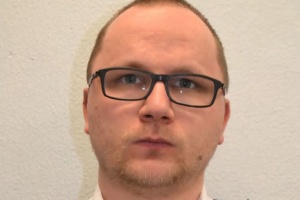 Police went on to uncover a stash of terrorist material, including detailed instructions on how to make weapons and various killing techniques. At his home they also found a knife in a sheath on the wall, two smoke grenades and a lock knife and a torch with a concealed knife. Investigators found he had explored obtaining a gun and voiced Islamophobic views, including being caught on camera in an anti-Muslim rant against London Mayor Sadiq Khan. “The defendant presented as a deeply bigoted individual, espousing far right causes and voicing racist, anti-Muslim and anti-immigration views,” prosecutor Dan Pawson-Pounds said.  (Image: Counter Terrorism Policing/PA Wire)

Work as a Private Investigator

Golaszewski claimed he obtained the documents as research for work as a security guard and private investigator.

Dick Smith QPM, the Immediate Past President of the Association of British Investigators (ABI), was called as an expert witness; informing the jury that neither knowledge of bomb and weapon-making, nor guidance in 21 ways to silently assassinate someone were prerequisites to becoming a private investigator in the UK. He was asked to expand on the lack of regulation and the consequent and increasing incidence of rogue investigators in the industry.

It emerged that in addition to his regular work as a security guard, Golaszewski, who required the services of an interpreter throughout the case, had set up a private investigation business around 2017, but the sum total of all his assignments had been only £700.

Following the case, Dick Smith said, “This case demonstrates perfectly that literally anyone can set up a private investigation business, having no training, qualification, experience nor responsibility. The government must ultimately fulfil its promise to regulate the industry; something the ABI has been advocating for decades.”

Source: The Association of British Investigators

Mark Hodgson is the Managing Director of Tremark Associates, one of the UK’s leading providers of investigative services. Mark formed Tremark aged just 25 in 1995 and has over 30 years experience in private investigations and commercial debt recovery industries. He is a leading figure and a campaigner for regulation of the Industry and past President of the Association of British Investigators, a member of the World Association of Detectives, The Chartered Institute of Credit Management, The Institute of Paralegals and an associate member of R3 -The Association of Business Recovery Professionals. Mark splits his time between the Leeds and London Offices. He is a dad of two, a keen runner, cyclist and a Leeds United season ticket holder.